The Vikings have landed! 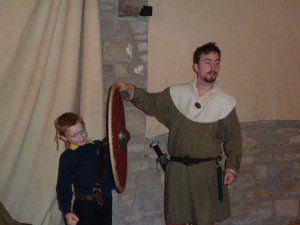 The tans are fading, the rain is pouring but at Willow Lane school, there is a hum of activity in the air as all the pupils get stuck into the new term.

I, Miss Newton have asked a few pupils how they feel about their new classes, new topics and new teachers. Keanna and Sinead in Indigo class want the world to know how wonderful Mrs Nichols is and Romeo in Red Class thoroughly recommends the meatballs and spaghetti in the school canteen.

Thomas from Red Class thinks the work given thus far ‘is not too hard and not too easy’ and has been enjoying learning about pharaohs being buried with all their gold.

Green Class bravely marched through the drizzle to the Maritime museum today to learn how to be even more ferocious this week as part of our Viking themed term.

We were greeted at the door by Linden and Ulrich and given lots of fascinating and gory facts about Viking life. Sadly, there are no red haired boys in Green Class this year as if there were, they could have been sold to the time-travelling Vikings so that their wee could be used to make beautiful blue clothing! Yes, the Vikings believed that the urine of a red headed boy under twelve made for the best shade of blue when sewing and dying their clothes- something to maybe try out this weekend if you have an appropriately hair coloured child available?

The Vikings were never far away from a battle but we learned about their life at home, what they like to eat and drink and even ground some flour on a quern stone to make some bread with before looking at some of their fearsome weapons and having a go at a battle formation ourselves- the war cry is still ringing in my ears…

Joke of the Week: (courtesy of Faith)

Q. What’s the name of an Emperor penguin?