Today, Indigo Class were joined by an Anglo-Saxon story-teller and messenger sent from King Alfred. Her name was Meredith and she told us that we had to prepare for battle with the Vikings! She shared tales of Anglo-Saxon bravery with us and artifacts from her village. We learned how the  Anglo-Saxon kingdoms had formed before she put us through our paces with some fearsome Anglo-Saxon battle training. Thank you to the Lancaster Heritage Team for working with us on the exciting experience. 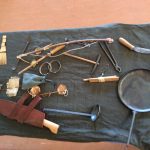 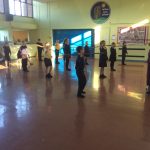 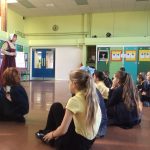