Diary of a Wimpy Kid review by James

I like this book because I think the characters are funny and the drawings are cool and realistic. First of all Greg Hefley is on about when his brother Rodrick finds his diary in the summer and then the book tells you about when he goes swimming at the club and he lies to his dad that he’s been going but he hasn’t, he’s been hiding in the toilet covered in toilet roll! 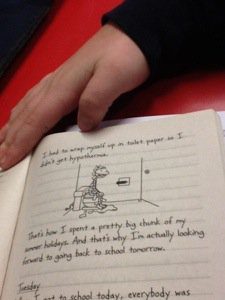 I like Rodrick, he’s a good character even though he’s a bully to his brother. They are cool books and I think Greg’s friend, Rowley is good as well. 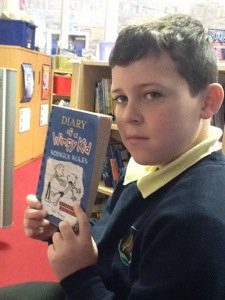