This morning, all the children in Red, Orange and Yellow classes have been involved in dinosaur workshops! They have handled fossils and learnt facts about different dinosaurs. In the afternoon, the children came together for a sharing assembly and they were shocked and surprised by two special guests – dinosaurs! First of all a small freshly hatched dinosaur came and then it was followed by Sophie – a seven foot young T-Rex. The children were extremely brave, polite and asked brilliant questions about both dinosaurs. Before leaving, the T-Rex explored the school before heading off in a large van! The children are following up today’s experiences by writing facts and stories about dinosaurs. 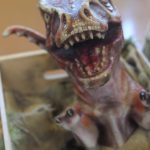 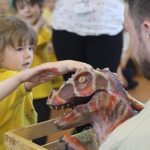 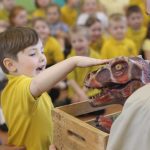 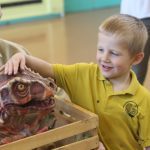 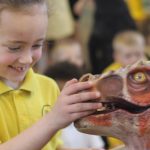 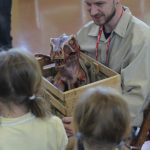 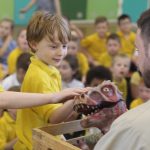 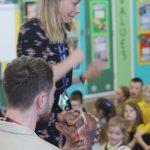 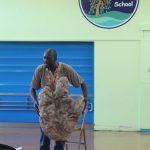 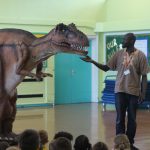 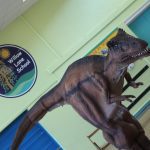 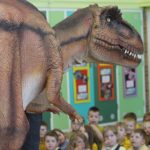 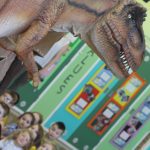 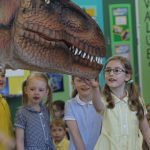 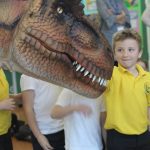 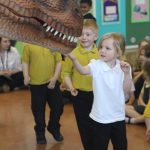 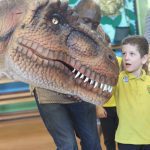 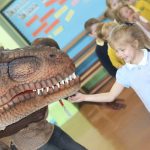 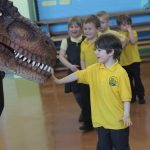 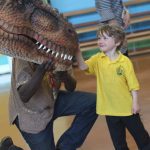 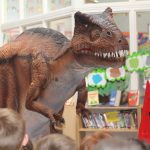 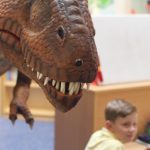 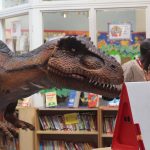 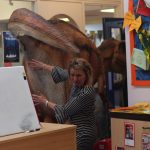