Through the brilliant outreach work of LUSU (at Lancaster University), Green Class have been decorating pottery and tiles in school. This week they took their creations to be exhibited at the university and they also had a tour and three sessions on different parts of the campus. Not only does this sparks interest in children but it reinforces that university is to there for all our children to consider.

We are told all about the different glazes used and how they were made. Some pots were over 100 years old.  After this, children contributed to a stary art work piece where they printed stars onto giant rolls of paper.

Session 2: A tour of the Design Department.

After this, children created their own plastic 3D model using special heated pens (a little like a hot glue gun but with melted plastic). Children were also able to see a racing car and a real life robot which was being designed to work on decommissioning nuclear sites.

Session 3: Children were split into groups for a drama activity.  They were each given a colour which was linked to a particular mood e.g. scared, sad, excited etc.  Children then had to create a scene in their group which portrayed the 6 emotions.  The audience had to try and work out who was which emotion.

It was an action packed day which everyone enjoyed! 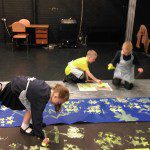 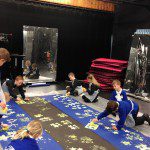 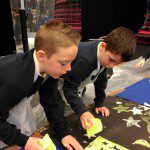 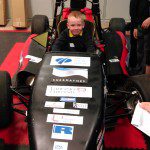 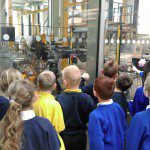 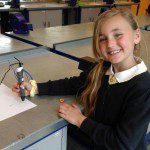