Yellow Class had a fantastic afternoon visiting Lancaster Maritime museum learning about all things nautical! When we first arrived we found two very large anchors outside. Miss Frankland asked us what they were and what they were for. We went into a room that was like being below deck on a ship. We had a great time exploring the museum, discovering where items were traded to and from, seeing models of ships and naming their parts. We found lots of barrels and found out that they were used aboard ships to store food and drink. Lots of us dressed up in costumes from the past and some of us ended up in shackles! It was great to smell and see some of the things that people used to trade such as coffee and tobacco. We even tied some nautical knots! Some of the things in the museum were from hundreds of years ago and some were more recent and we compared them to each other. We loved seeing the things from hundreds of years ago and finding out more about what life was like in Christopher Columbus’ time. 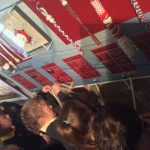 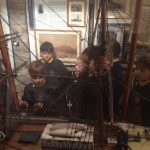 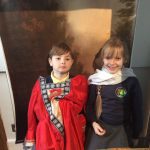 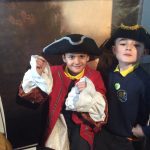 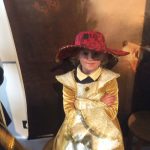 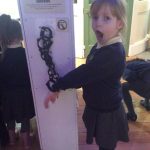 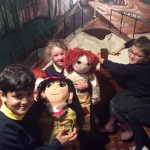 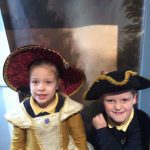 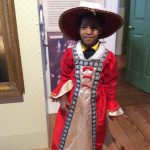