Willow Lane felt honoured to host an afternoon with Stuart Robinson and Tony from the Sports for Schools organisation. Tony (our Sportivator for the day) led the children through a timed workout of a selection of different exercises for which the children had got sponsorhip from friends and family. The money – an amazing £1600 – will be used to help athletes like Stuart train for Team GB and to buy new equipment for the school. The children loved the activities, were brilliant at cheering on each other and it was great too see so many staff get stuck in to.

The afternoon finished with an aspirational assembly from Stuart. He started telling us about his interest in sports as a child (did you know he went to Willow Lane School – called Marsh Community back then) and about how he went on to Lancaster and Morecambe College to study in Public Services. This took him to the RAF and four tours of Afghanistan. Following his injuries, sustained in Afghanistan, Stuart had to make some choices about the direction his life was going to take and this is when he took up Wheelchair Rugby. He has represented the country at the Invictus Games – winning a Gold medal – and we all crossed out fingers in the hope that he gets in to the squad for Rio 2016. 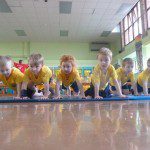 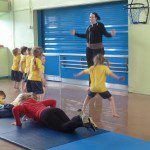 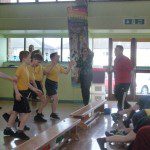 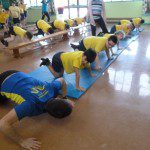 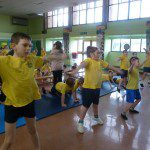 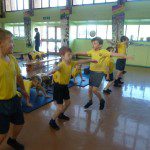 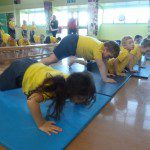 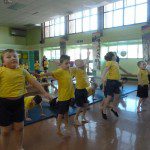 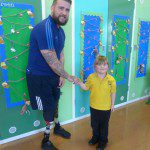 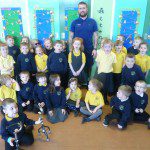 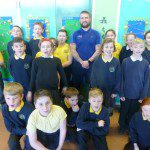