I have been playing Kodu Game Lab at school on the laptops. It’s the same things that you do on Minecraft because you place blocks on top of each other to make a world. I make really awesome worlds. There is basically worlds you can make in different places and with different names like in Solid Caves where you can have rock fights against your own enemy!

I shall make a brand new world to show you. At first it is grass blocks but then you get to build things like houses and castles and volcanoes and portals. I like it when you build things because it is fun. Look at Kodu, he looks weird!
You get your own characters on there as well, mine is Rover. You can change their colours, I change mine to black. You fight against Solid Rock Monster and one bit is really awesome as cars are going all over the road but you are on a motorbike! To win is to go across the road, to lose is to crash into the cars. 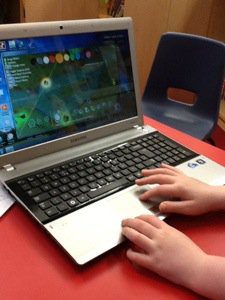 2 thoughts on “Techno talk by Romeo”