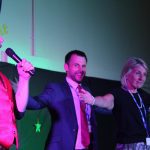 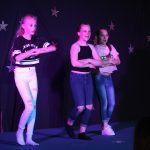 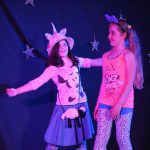 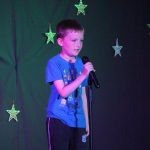 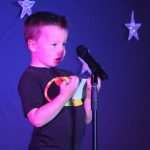 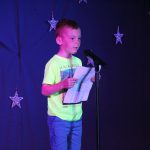 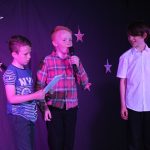 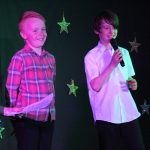 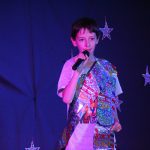 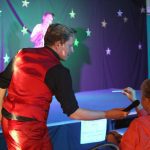 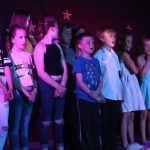 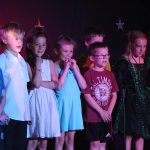 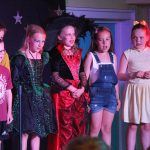 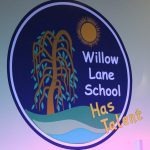 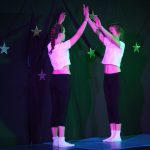 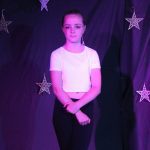 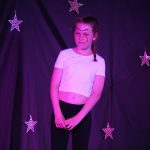 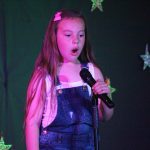 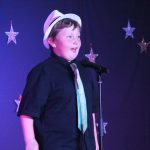 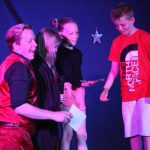 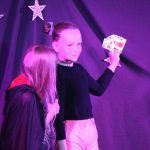 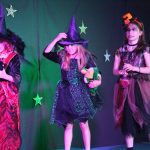 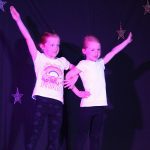 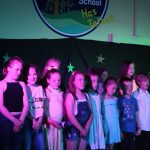 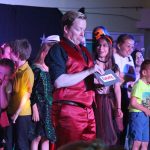 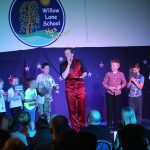 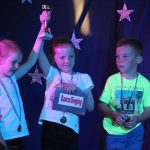 What a fantastic evening of talent, creativity, courage and humour was had by all at Willow Lane has Talent! Mr Cooper organised and presented a fabulous show which included dancing, comedy, singing, acting, memory games and magic! Every child who took part was rightly proud of their participation and the paying audience were proud of them too. Identifying your talent, creating a routine, practising it and then performing it on stage is a massive thing to do no matter what ones age. Thank you to the four judges for their supportive comments (including a review – see below) and finely tuned scoring which saw us celebrating a dancing duo as this year’s winners!

I recently had the pleasure of visiting Willow Lane Primary school as a guest judge for their “Willow Lane Has Talent” competition, which aimed to show off the student’s incredible talents and raise money for their School show! I was absolutely blown away at the Skills shown by all the students. Every single member of the show was incredibly gifted!
We had a massive variety of acts to watch! From singing and dancing to the phenomenal Mr Memory, every single student demonstrated to the audience how nurtured their skills are by the wonderful staff at the community school.
I cannot fault the manners and behaviour of the children, who even in all of their excitement and nerves for performing behaved like model students.  Lots of kids came up to talk to me during the interval to tell me how much fun they were having and how much they loved their school and the members of staff who teach them. They are all an absolute credit to you and you should be very proud.
So, let’s talk about talent! We saw everything from fantastic comedy routines to magic acts! Some of my favourites were Addison and Kayden who had written their own jokes that made us judges chuckle away for their entire performance! We saw an exceptional rendition of the Three Witches Scene from Macbeth by three adorable little witches, it was flawless and Shakespeare is not easy! I was very impressed at what a good grip the students had on the Shakespearian language, something that takes even seasoned performers’ years to master! Mr. Memory was absolutely incredible, managing to recall over 50 people’s birthdays is quite a skill, I’m sure that the 24th of May will be a date he doesn’t forget anytime soon after being crowned the Runner up in the Competition!
All of the dance routines were very impressive but I want to mention a couple of my favourites. I loved the synchronised dance performance to “secret” you could clearly see how much time the girls had spent rehearsing that performance to make it so super. I also really liked how the opening act incorporated elements of gymnastics into their dance routine – they came out so confidently and opened the show with a bang! Another act I really liked were the lovely girls doing the comedy routine, I thought they were genius when they got the audience up dancing to the ‘Cha Cha Slide’, it was very funny!
I really enjoyed the magic routine, I thought the girls did really well with their tricks – magic is very difficult but you displayed very impressive showmanship qualities! Of course we cannot forget the three year 5 boys who blew us away with their impressive comedy routine, bagging themselves 3rd place in the competition! Your jokes were absolutely hilarious, I am still laughing thinking about them now!
I was very impressed by the two solo singers who got up to perform! Both of the students had voices like angels and displayed so much confidence, you both looked and sounded like superstars!
We were also treated to not one but two fantastic cover versions of songs by the wonderful choir! They harmonised beautifully and sounded absolutely incredible! Without a doubt the best school choir I have ever heard!
A massive congratulations to Imogen and Mollie who were our winners, you are both incredibly talented, your dance routine was absolutely astonishing!
This night would not have been possible without the incredible members of staff that support and encourage the students at Willow Lane Primary School. In particular the phenomenal Mr Cooper. Anyone who knows Mr Cooper will tell you what a wonderful person he is to be around, he is always the first person to offer care and guidance to help someone develop their talent and his hard work was evident through the night. It was very clear to the other judges and me how much pride he has for the students and in turn how much affection they have for him! A fantastic host for the evening and an incredible mentor for those students: the confidence and nurturing you have given those students is something that will last them a lifetime.
I can guarantee your students will be talking about their talent show for a long time with happy memories and pride, in fact I’m certain they’ll already be working on their acts for next year’s show.
It is always a pleasure visiting Willow Lane Primary School and I look forward to coming to see you guys again really soon!
Thank you for a wonderful evening of entertainment, you are all stars in my eyes!
Best Wishes,
Tash.